* This Review Contains Spoilers* I AM going to discuss the ending* 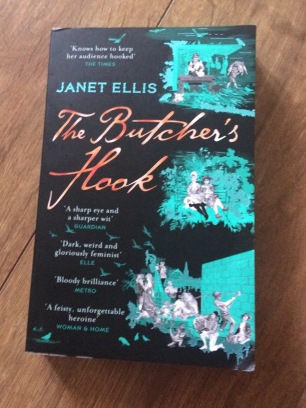 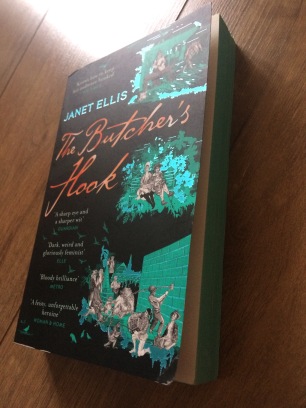 Once again I have been bitten by the cruel mistress that is over hype. Many were the praises for this book described as bloody, dark, weird and murderous. Exactly my cup of tea right? WRONG! whilst I began the books basically hoping for a Georgian American Psycho with boobies, what I actually got was a book that seemed to drag on forever and quite frankly, I doubt it would even make my grandma flinch.

We follow the tale of Anne Jaccob, a well to do teenager who is promised to a snobbish arsehole called onions, but little Anne instead fancies a bit of the butcher boy Fub, who of course is far too much of a peasant for her to have any kind of future with. Anne is your typical gothic weirdo, she spits on lengths of own hair and uses it to make a necklace, keeps a dead mouse under her bed and acts like a bitch to most people she encounters. She hasn’t had a great life, as this book likes to remind us her baby brother is dead, her father is void of any affection and is generally a dick to everyone, her mother has pushed out so many children that there isn’t much of her left and her childhood tutor gave her some very dubious lesson in human anatomy.  Unfortunately, Anne was not the kick – ass anti-hero I hoped she would be. In her defense, Anne’s use of her menstrual cycles as a weapon of mass awkwardness did make me chuckle but most of the time, there wasn’t that much to like about her. Her obsessions with Fub was a typical first love, dying to get my hand on him kind of romance with a bit of standardised weirdness thrown in, but again nothing new to see here folks!

Oh and the promise of murder? you are going to have to drag your arse through 250 pages of this 342 page novel before you get a whiff of any decent stabby bits.

Much like Anne rattling around her big fancy house, I was bored and on numerous occasions I nearly did not finish this book. Also (spoiler alert) the ending was terrible. when you do get to the murderey bit of the book the delightful Anne has killed more than one person and this includes a small child in order to try and protect her obsessive passionate, romance with Fub.  Anne painfully whines for him and essentially he dominates her world. But after a lovers tiff at the back door and finding a purse full of coins on her bed Stabby Annie put all 300 pages of fucking romantic angst to one side and wanders off down the streets of London to start a new life without a trace of Fub or his hanging meat in her mind. I mean really WTF?!  This ending enraged me.

To summarise, I didn’t enjoy this book but I know many people did. Once again I find myself looking for new reading opportunities, rocking in the corner and repeating the same mantra DON’T BELEIVE THE HYPE.

P.S Book has a nice cover.

4 thoughts on “The Butchers Hook – Janet Ellis – A Review”